They say a journey of a thousand miles begins with a single step. But in the world of starting your own business, just putting one foot in front of the other can seem like a mammoth task. The clue may be in the name but how exactly do you start a startup?

First of all, you’re going to need an idea. Despite what Hollywood may have taught you, most great ideas don’t come as a light bulb over your head. They take time, input from others and room to grow.

Think outside the box

When trying to think of something new, it’s easy to think “all the good ideas have already been thought of” but we know from experience that this simply isn’t true. Be creative, be prepared to challenge accepted “facts” and aim to catch the next big thing.

Elon Musk, founder of Tesla Inc, credits his success to challenging the idea that “batteries are expensive”, as he questioned “what actually is a battery?”. He then built a battery that reduced the cost of energy from $600 per kilowatt-hour to just $80, used it to launch an affordable electric car and the company is now worth $2.2 billion.

The best way to come up with a winning idea is to try to solve a problem. This could be obvious and hard (polluted oceans), or non-obvious and hard (like organising the internet, as search engines did). Of course, the best ideas are the non-obvious and easy, like the ring pull which was added to cans to make them simpler to open.

It’s no use to come up with an idea and simply keep it that way. You should check it, research it, run it past others, improve it, edit it. Don’t close your mind off to think that the first answer is the best one. Keep going until you have something refined that’s really been thought through.

Not only do you need a great idea, but you need great people to help you realise your dreams and make the idea a reality. Surround yourself with people who are equally goal-driven and motivated to make the business a success; startups are no place for jobsworths.

Make a prototype and test it

Making your idea a reality can be a really exciting step but don’t be blinded by your own vision. Test your product to within an inch of its life and don’t be afraid to critique your own work or the work of those around you. Transparency and honesty is the way to ensure you find the hiccups from within the business, rather than having them pointed out to you by investors or customers.

So you’ve made your idea into an actual, working product and now it’s time to release it to the masses! The key to doing this is to do it earlier than you think you should. As soon as you have a prototype that functions for the use you designed it for, start getting it in front of investors. Any kinks or improvements can be made along the way but you need to find out as soon as possible if your idea has commercial viability.

Once your customers have got a hold of your product, encourage honest feedback. Sometimes, yourself and your staff can be too close to see things. Asking customers for feedback will allow you to constantly improve and tweak.

No one said that starting a startup would be easy, and it’s fair to say you’ll probably have some hurdles to jump and failures to face along the way. Don’t get disheartened. Use your failures to make your business better and take note of things that work and things that go down like a lead balloon.

Once your product is out there, the key goal is to water the seed and watch it grow. So it’s all about the sales, marketing and advertising. Your campaign style will depend entirely on who you’re targeting but there are still a few key points that apply across the board.

It’s a key principle of evolution and it’s a key principle of business. Survival of the fittest depends entirely on being able to adapt to the situation in front of you; it’s adapt or die. Once upon a time, Facebook was a platform for messaging friends and uploading photos. Now it’s a marketing platform taking a piece of the pie from the US’s $200 billion-a-year digital marketing industry. To continue to grow, you have to stay open to the possibility of change.

Begin with the end in mind

Viewing your startup from the beginning can be daunting, especially when the odds at success are staked against you. But instead of visualising yourself as one of many startups who may not make it, visualise yourself as one of the industry giants, talking about how you started from a tiny seed. Know where you want to end up and you’re more likely to get there.

With daily life and the ever-changing world of business in front of you, it can be easy to veer off from your goals. Remain focused on why you started in the first place and don’t forget to reward those who support you, or help you to achieve success. 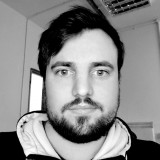 Dave is a front end web developer and graphic designer, with experience in e-commerce and digital marketing.